In 1957 Gottfried Müller founded the Brotherhood SALEM. WIth the help of some friends he established a shelter for homeless people and soon more of these SALEM homes were built in several German cities. Many thousands of homeless people and ex-convicts found shelter there.

After several years of this constant social work he realised, however, that help for many of these people had come too late. Many could not permanently be rehabilitated to a settled home life because they had been uprooted too many times in their past. So he wondered – how can we help more effectively? He found his answer during conversations with the people he was caring for – many of them told him that they had grown up in orphanages.

The SALEM children and youth villages

If further help was not only to be temporarily meaningful it had to tackle the cause of the uprooting – with the children from broken family backgrounds. He gathered together educationalists and colleagues who were willing to help him realise a kind of education closer to a family model. And so the SALEM children and youth welfare organisation was created.

In all the SALEM institutions children from broken family backgrounds are given a stable home. In time, the SALEM children and youth villages in Stadtsteinach/Northern Bavaria, Höchheim/Northern Bavaria and Kovahl/Northern Germany were built. These villages became the model for building further SALEM villages in the USA, Israel, Uganda, Russia and Ecuador.

Health and the protection of nature and the environment

What followed was diverse work in medical and social welfare; vegetarian nutrition; holistic medicine; animal and environmental protection; organic agriculture; reforestation projects and the founding of the SALEM Research Institute to investigate alternatives to animal experimentation. Over the years, SALEM has grown into an international welfare organization. 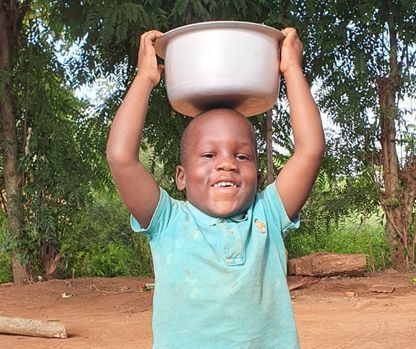 Every now and then people come to our SALEM-facilities having medical problems, that cannot simply be remedied with the “normal” medical treatment. Often it is children who could lead a largely independent life with the help of a special operation. Unfortunately, specialized doctors often cannot be found in the immediate vicinity of our projects. Besides it is difficult to pay for the costs of these consultations and treatments from our project budget.