An Optimistic Look into the Future 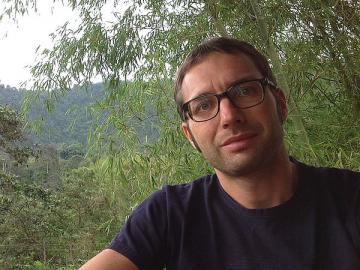 We asked Jonas Lange, project manager in SALEM-Ecuador, some questions and received very interesting answers about the current situation and the solidarity in the community, as well as the prospects for the future.Times of Crisis often reveal who you can rely on. We are optimistic about the coming years because of what we experience at the moment.

How is the situation in Ecuador and especially in the SALEM-project?

In the meantime, the population and the health authorities have got more routine in dealing with the pandemic. Officially, an average of almost 1,000 new infections are reported every day. With 17 million inhabitants, that's around 40 new infections per 100,000 inhabitants in one week. In Mindo, there have only been 27 officially confirmed cases in around 5,000 residents since the pandemic began. Since mid-September we have finally been able to look after children in the SALEM-center again, but only in small groups of 5 to 7 children and in compliance with our detailed hygiene plan. Due to the closed schools and the increased need for childcare services, we have decided to offer shorter care times and to take in more children. We now have around 70 children and young people in our care.

We are very happy that the children bring back life again. Often they wait at the entrance for half an hour before we open and can't wait for it to begin.

Is the situation especially difficult for children and young people? Could you keep in touch?

We are very concerned that the schools are still closed. The children have not set foot in school since the end of January. Unfortunately, there is also no prospect that this will change anytime soon.

During the first few months of the lockdown we were able to keep in touch with many families via phone and WhatsApp. We also made occasional house calls, especially with the families who could not stay in contact with us otherwise. Now the children are supposed to learn online. As we are living in a rural area with a high percentage of poverty the majority of families have no internet connection, computers or even no place to study at all. Most often the families still have an old smartphone with WhatsApp which all siblings have to use to communicate with the teachers.

You can imagine that it is impossible for the children in our area to get a decent education this year. Many families have already taken their children out of school because they simply cannot meet the requirements.

What is your top priority right now?

For several months now we have been looking after children and women who have experienced violence and abuse. We also want to offer more extensive psychosocial care and urgently need financial support for this. Due to the curfew the already high number of cases of domestic violence and (sexual) abuse have risen in Ecuador. There is almost no therapeutic support for the victims. In addition, we must of course continue to be active in prevention in this field.

Did you also experience positive aspects during this crisis?

For several years now we have been promoting young people with small scholarships and educational loans for universities and technical colleges. Six former SALEM children are currently studying, four of them with our financial support. Now the Corona crisis and the associated distance learning has brought them all back to Mindo. Now we see them almost every day, either for voluntary work, for a practical semester or a few hours of paid work for the project. It is an incredibly committed group that is closely connected to SALEM and some of them see their professional future at SALEM, at least partially.

Local entrepreneurs, consultants, cooks - i.e. experts in their field - gave us enormous support during the crisis. They coordinated humanitarian aid with SALEM, calculated, packed and distributed food rations, organized donations, wrote reports and shared their experiences with us. All of this has brought our community closer together. We learned a lot from and with each other.

Which are your plans for the future in the project? What are your wishes for the next, let´s say, five to ten years?

For the future we are planning to offer more social support in the region and to raise more awareness concerning violence against children and women. As described, there is no adequate social infrastructure here. The nearest women's shelter is hundreds of kilometers away, and there is no  functioning authority that could take care of children's and families' needs. It is not our goal to do everything on our own. Intensive lobbying and networking between institutions are also promising. We hope that our experience in education and childcare will be used as a role model for other institutions. Thus, we can do our part in modernizing the overburdened education system.

In about five years we would like to be able to offer strong youth work. In a youth center that has yet to be built a safe space is to be created in which young people can develop and use their potential, free from the social pressure of the street, with drugs, alcohol and chauvinism. We hope that the above-mentioned committed young people who grew up with SALEM will take over the management of SALEM-Ecuador in five to ten years. Their personal experiences would be a great addition to our facility. 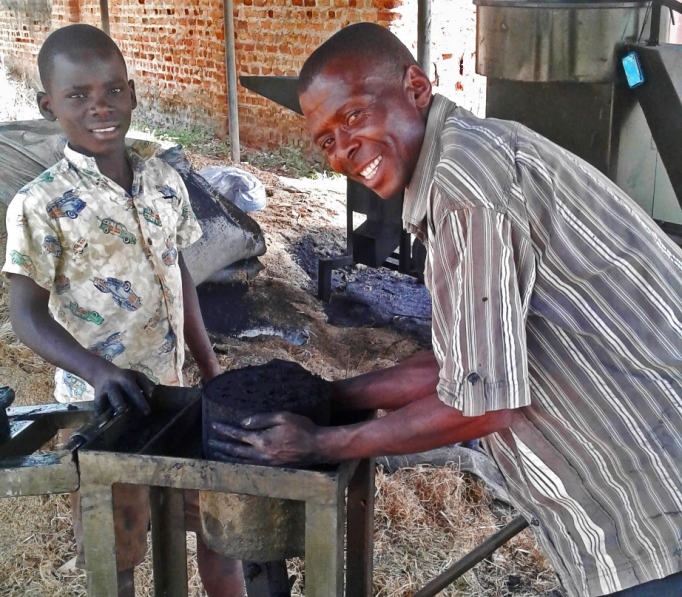 At SALEM, a resource-conserving approach in terms of the environment is particularly important to us. In recent decades, forests in Africa have often been cut down to use the wood as building material…