When in Uganda, do as the Ugandans do 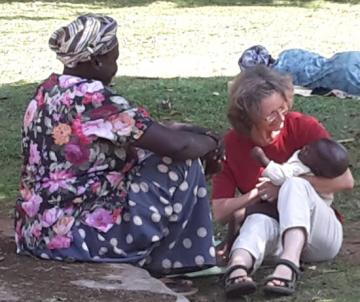 At the moment we have two volunteers from Germany helping in SALEM-Uganda for a period of about four months. Here is a report of what they already experienced:

At the moment we are still settling down here. Sometimes surprising things happen like music competition in which the neighbouring school took part. Even the rehearsals for it have been an event: as much as hundred children were running about, yelling and dancing to the drumming. The SALEM children noticed us and invited us to dance with them. When we joined them they couldn´t stop laughing: Dancing Muzungus!

In the paediatric ward Sister Flavia explained to me the activities in the field of nutrition consultation and I was shown their demonstration garden where plants which are important for a healthy nutrition are grown, e.g. corn, millet, manioc, plantain, some tomato vines and even - on a trial basis - chia.
Also they are giving lectures about healthy food that hopefully contribute in improving the problem of malnutrition in the surrounding communities.

The First Encounter with a Different Skin Colour

Two children with symptoms of malnutrition were treated in the SALEM-hospital. One of them was Christopher (1 1/2 years old) who was accompanied by his grandmother. Each time the boy saw me he immediately started to cry probably because he never saw a person with another skin colour in his life before. A few days ago he could leave the hospital and return to his home but he never got used to me.

A Joint Making of Soy Milk

Christopher`s grandmother got help concerning his nourishment. She was also taught how to make soy milk because it is an appropriate food for malnourished children. (See also http://www.saleminternational.org/index.php?seite=news-and-events;details;49;do-you-know-how-to-make-your-own-soy-milk&pageNo=2). After three weeks he had recovered and could be discharged from hospital. 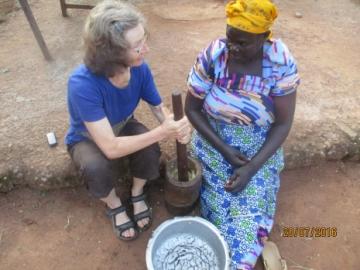 I asked the grandmother to show me how to make soy milk and we arranged to meet in the kitchen early in the morning. She soaked the beans over night so we could easily rub off the peel. Then we put the beans in a large mortar and mashed until the beans became a thick puree. She did it easily with one arm and laughed because I couldn`t do it and had to take both of my arms. She put the mash in a cloth and while kneading it poured some cups of water over it. She took approximately two cups of soy beans and 7 cups of water. The whitish fluid that came out was boiled the froth is gone. Now the milk is finished. To make it tastier you can add some sugar and some butter. It really tasted good! 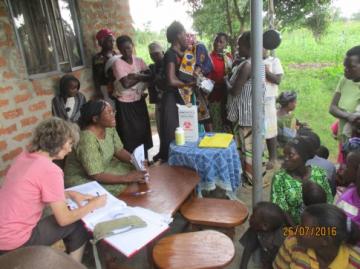 Recently I accompanied Sister Margret to visit the surrounding villages for an immunization campaign. We were expected by a large group of women and children. After a short speech we started our work and the children began to cry. Sister Margret calmed the children and their compassionate mothers. For some hours we did a highly concentrated work. It was an exciting afternoon for me! 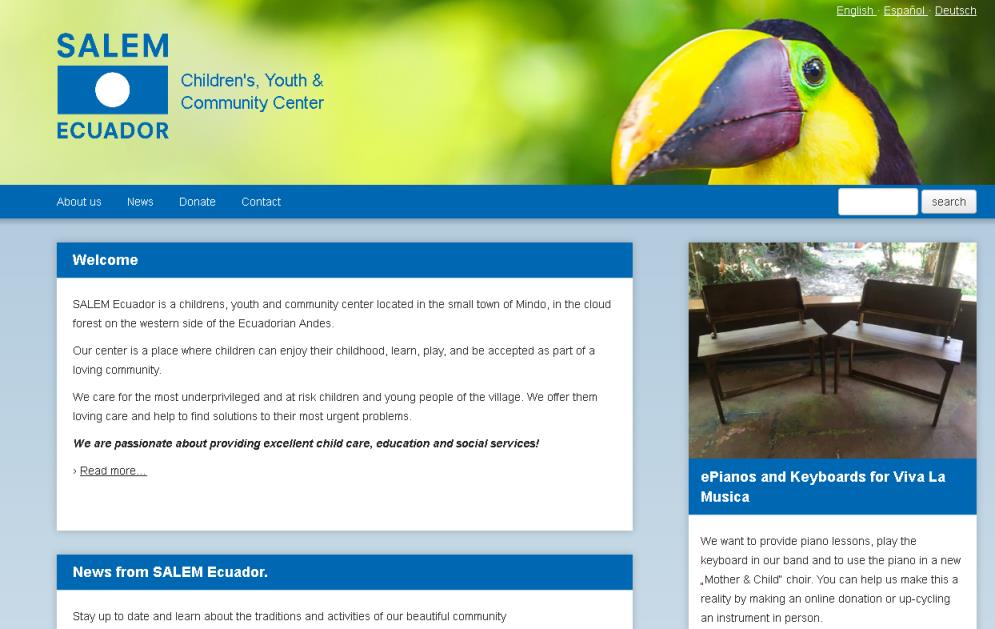 Our dedicated staff in SALEM-Ecuador has created an own website just for this project so that SALEM friends and others can find out more about our valuable work in Mindo even easier and faster. The site is available at www.salem-ecuador.org in English, German and Spanish.